This was a simply-posed but tricky pwnable that ghostly_gray and I solved over the course of a long plane ride. We were given the source code (shown below) as well as the binary. Simply put, we had to write some x86-64 shellcode that used no more than 7 distinct bytes.

We had no clue whether ASLR was on or off, and system wasn’t anywhere to be found in the binary, so our first approach was to make a syscall to execve with “/bin/sh” as an argument.

This went… poorly. Despite our best efforts we couldn’t manage to do this with less than 11 distinct bytes. The problem was there were simply too many steps involved with setting up the syscall. We had to:

In the process of struggling, we did come up with a fairly efficient way of getting an arbitrary value in a register. The two instructions inc eax and add eax, eax use only three unique bytes between them and allow you to increment or double the value in the eax register. By following the binary representation of a number X from left to right, we can repeatedly apply these two instructions to set eax to X using only a logarithmic number of instructions.

Still, with only 4 bytes left to spare, we couldn’t figure out how to call syscall and set the values of four different registers. So, we started looking for tricks.

I began trying to overflow the value in seen[256] which keeps track of the number of distinct characters. I reasoned that if we sent some shellcode that used all 256 different bytes, it would overflow to 0 and pass the “< 7” check. Alas, it was impossible to send a “\n” character without terminating the fgets, so the maximum value of seen[256] seemed to be 255.

Critically, we had to construct the first payload to use no more than 7 distinct bytes. Our super-efficient double-and-add routine made this feasible. Below we’ve shown the four assembly instructions we used and their assembled byte sequences.

You can read our full exploit script here. Running it against the server pops a shell, letting us read the flag: blaze{g0lf3d_y0ur_sh3llc0d3's_un1qu3_byt3z}. 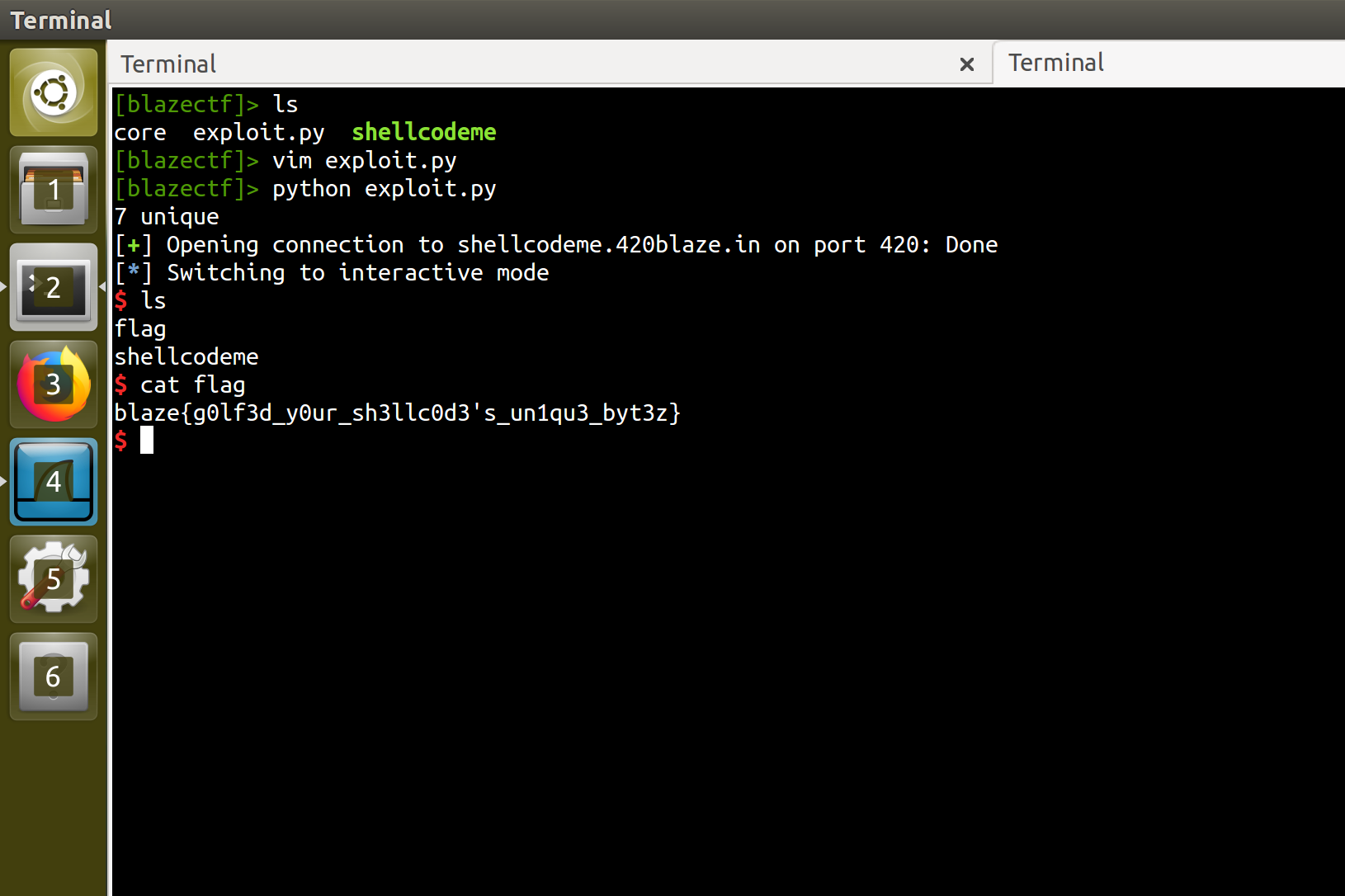